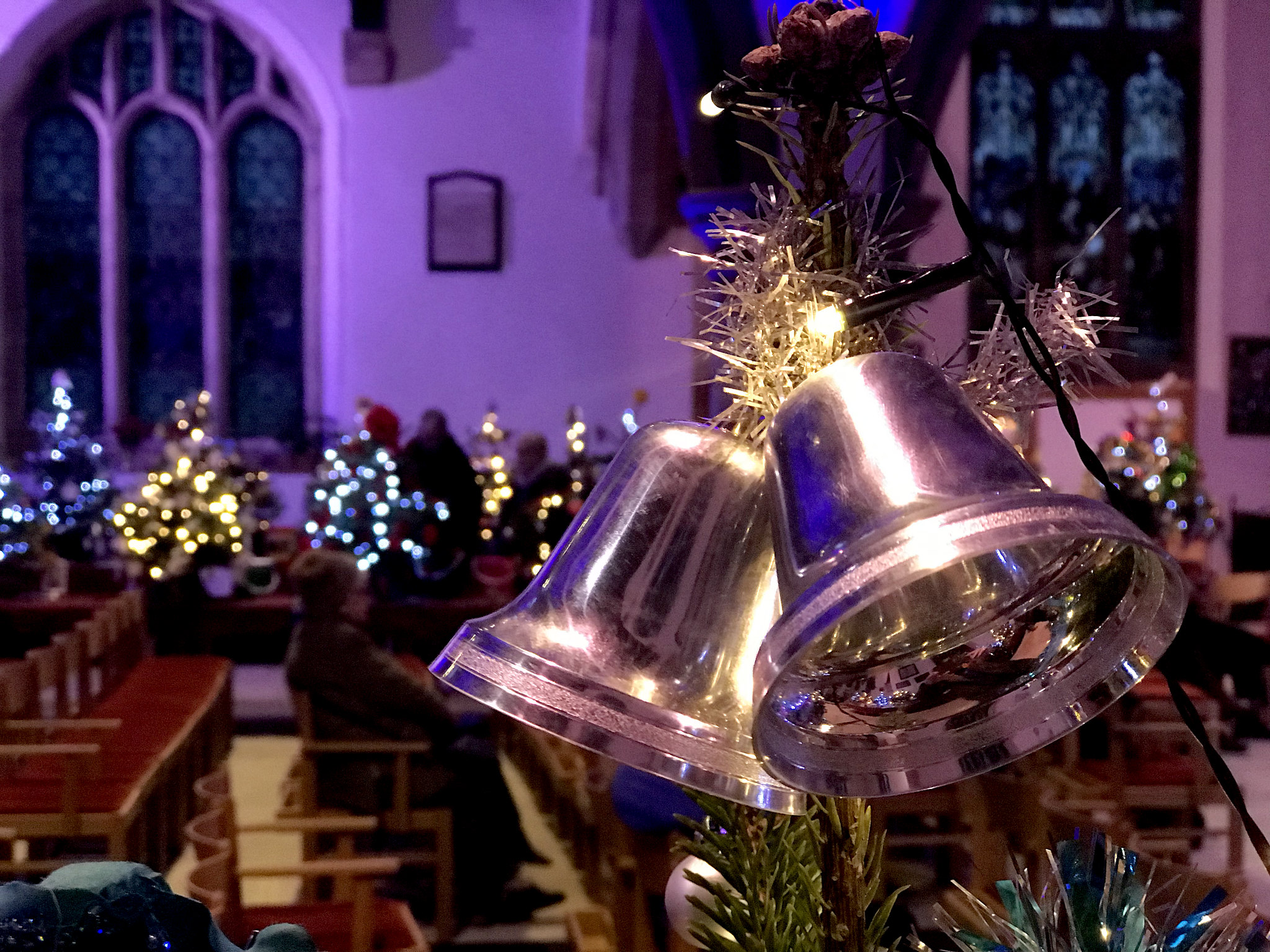 Otley’s Christmas celebrations for 2019 are set to be bigger and better than ever this year – and those pining for a White Christmas, may just see their dreams come true.

The town is set to jettison its traditional multi-coloured festive lighting scheme for this year’s celebrations and replace it with an ice-white lighting display above the historic streets.

The new lighting scheme will be extended to 50 motifs that will decorate Otley’s main thoroughfares, while several areas of the town that were previously unlit at Christmas will benefit from the addition of festive lighting this year. These include the corner of Crossgate and Nelson Street (known locally as the ‘HSBC triangle’), the town’s historic Buttercross and Market Place, and Tittybottle Park by the River Wharfe.

The new festive look will be accompanied by Otley’s usual packed festive events programme with many free of charge, as well as the chance to shop in the town’s independent and national stores.

Events will kick off with the new Christmas Lights Switch-On on Monday November 25 (5.30-7pm, free). The evening will feature the likes of local talent Emeli Mumford, Joseph O’Brien and the Otley Brass Band on stage, as well as fairground rides, an appearance by Santa and street performances.

The following Sunday (December 1, noon-6pm, free) sees the return of the town’s Victorian Fayre for its 34th year. The fayre will include street entertainment, food stalls and shopping outlets, as well as fairground rides and popular games stalls such as hook-a-duck.

From Wednesday, December 11, celebrations move to Otley Paris Church for the annual Otley Christmas Tree Festival launch from noon-6pm. The festival, which then takes place daily from 10am-6pm until Saturday December 14, sees 40 beautiful trees decorated by local societies and charities, as well as performances by local choirs and artists in the beautiful setting of the historic church. Entry is free to the festival but visitors are encouraged to throw a few coins in the fundraising buckets of their favourite tree.

Elsewhere, there will be a Snowman Trail throughout the town from December 1-22 where visitors can follow a special map to find the hidden location of snowmen and help raise funds for former mayor Nigel Francis’s Hang On To A Dream charity.

Popular arts venue Otley Courthouse will have a week-long family Christmas show for the first time this year. Held from Tuesday December 17 to Sunday December 22, Jack Frost – A Joyful Christmas Adventure is a co-production between Fidget Theatre and the Little Mighty Theatre Company with shows at 10.30am on weekdays and 10.30am and 3pm on weekends. Tickets cost £9 for adults and £7 for children.

Those looking for stocking fillers, meanwhile will delight at the range of shopping options in Otley. The town’s cobbled streets are lined with gift shops, artisan food stores, and wine and beer merchants, while three independent butchers are the perfect place to pick up turkey, beef and other meats, mostly raised on local farms.

What’s more, the town’s historic market will be open as usual on Tuesdays, Fridays and Saturdays (8.30am-3.30pm) in the run up to Christmas, while Otley Farmers’ Market, from 9am-1pm on Sunday December 22, will see a range of artisanal stalls with produce from the surrounding region.

As an extra gift for shoppers, Leeds City Council car parks in the town will once again be free of charge on Saturdays from November 30… so Visit Otley this Christmas – we’ve got it all wrapped up.

About Otley Film Society Otley Film Society is a not for profit organisation that is committed to bringing diverse cinema to Otley.  To find out more about the films, details of membership and how to buy guest tickets, go to www.otleyfilmsociety.org.uk or email info@otleyfilmsociety.org.uk Films are screened on Thursdays at 7.45pm, with the bar open from 7pm. Guest Tickets: £5. ...
END_OF_DOCUMENT_TOKEN_TO_BE_REPLACED
Jan
25
Sat
6:45 pm Burns Night Ceilidh 2020 @ Otley Parish Church
Burns Night Ceilidh 2020 @ Otley Parish Church
Jan 25 @ 6:45 pm – 11:00 pm
Otley Parish Church is hosting a great Burns Night bash on January 25 With proceeds going to the Church Bells Maintenance Fund, the event will include a haggis ceremony, haggis supper, complementary nip of whisky, a raffle and an open bar. Music will be provided by the Village Hop Ceilidh Band. Call 07703 192 907 to book, or email OtleyBellsFund@gmail.com
8:00 pm Martyn Joseph @ Otley Courthouse
Martyn Joseph @ Otley Courthouse
Jan 25 @ 8:00 pm – 10:00 pm

Martyn Joseph is a completely unique and mind blowing artist. Take everything you think you know about singer songwriters….and rip it up. For one man and a guitar he creates a performance with a huge far-reaching sound that is energetic, compelling and passionate. Be it to two hundred people or twenty thousand, he blows the crowd away night after night. ...
END_OF_DOCUMENT_TOKEN_TO_BE_REPLACED
Jan
26
Sun
9:00 am Otley Farmers’ Market – Jan 2020 @ Market Place, Otley
Otley Farmers’ Market – Jan 2020 @ Market Place, Otley
Jan 26 @ 9:00 am – 1:00 pm

The critically acclaimed West End revival of Michael Stewart and Mark Bramble’s 42nd Street will be screened at Otley Courthouse.  This legendary musical stars national treasure Bonnie Langford as Dorothy Brock with music and lyrics by Harry Warren and Al Dubin. 42nd Street tells the story of Peggy Sawyer, a talented young performer with stars in her eyes who gets ...
END_OF_DOCUMENT_TOKEN_TO_BE_REPLACED
View Calendar